The sheep are one of the most important and widespread domestic animals in the world. Sheep are found in all environments, geographical locations, and societies of human civilization. Sheep provides protein by meat, protection from the winter by wools, skin, sources of milk, and income generations. Sheep farming is one of the oldest professions of human society. Sheep are disease resistant and adapt themselves very quickly in any harsh climate. In my article, I shall highlight the most common sheep diseases.

What are the Most Common Diseases in Sheep?

Sheep are four-footed, ruminant livestock animals. They are found in temperate to tropical countries, high mountainous areas to plane land. They live on minimum feed and care. They eat even roots of the grass, and thats why they can survive in the desert and high altitudes. They are suffering from many bacterial, viral, fungal, parasitic, and non-infectious diseases. As a farm owner or veterinarian, you must have a basic idea about the common sheep diseases. Bluetongue is one of the most common sheep diseases. The disease is caused by the Bluetongue virus and is found in cattle, deer, goats, buffaloes, and camels. The cattle are the most prominent reservoir of the virus. The disease causes fever up to 105F, swollen mucous membrane, mucopurulent nasal discharge, lacrimation, redness of coronary band, and muzzle; the tongue becomes bluish due to lack of oxygen. The pregnant sheep may abort due to this disease. Vaccination against the Bluetongue virus is available and is the only effective preventive measure. Anthrax in sheep is a most severe, febrile, acute bacterial disease caused by Bacillus anthrasis. The organism also affects cattle, goats, deer, antelopes, and even human beings. The disease causes high fever, anorexia, dullness, weakness, bloody diarrhea, and death due to shock. Most of the animals died before showing any clinical signs. The disease also causes swelling of the throat, respiratory distress, and anoxia. Vaccination against anthrax is the most effective way of prevention of anthrax in herds. Early diagnosis and treatment with potent antibiotics may reduce the death of animals. ORF of contagious pustular dermatitis in sheep is an infectious disease of sheep caused by the pox virus. The disease also affects other animals except for humans. The virus causes contagious dermatitis around the mouth, muzzle, head, hooves, and coronet. The affected sheep show off feed, fever, weakness, ocular discharge, skin lesions between the forelimbs and udder. The disease normally heals within few weeks after the development of self immunity. You can treat the disease with antibiotics and antihistamines. Footrot or infectious pododermatitis is a highly infectious and contagious disease of sheep, goats, and cattle. The disease is caused by two types of anaerobic bacteria, Bacteroides melaninogenicus, and Fusobacterium necrophorum. The infection causes redness and swelling of interdigital space of sheep, necrosis, pain, and leads to lameness. The infection spread to the tendons and muscles of the legs and spread within the herd very rapidly. Hygienic sheep houses can manage the disease, praying antibiotic solutions to hoof, dipping, and parenteral antibiotic treatment. Rift Vally Fever or RVF is a common zoonotic viral disease of sheep, goats, cattle, and camels in Sub-saharan African countries. The Rift Vally Fever is transmitted to humans by direct contact with infected animals’ blood, mucous, and excreta. Phlebovirus causes the disease under the Byaneavirales order. The disease causes ocular diseases, hemorrhagic fever, and encephalitis in humans. The disease is not severe in men. There are no specific clinical signs of the disease except the abortion in pregnant sheep. Sheep pox is one of the sheep’s most common viral diseases caused by the Sheeppox virus under the genus Capripox of the Poxviridae family. The disease causes fever and macules initially. After 24 hours of the infection of fever, the formation of the plaques in the wool-free areas of the body crusted, invaded by opportunistic bacteria, and turned into severe systemic infections. The disease causes severe economic losses in sheep farms. There is no effective treatment of the sheeppox virus, and vaccination is the most effective method of prevention of the disease. 7. Scrapie or Prion Disease in Sheep

Scrapie is an infectious disease of the nervous system of sheep and goats caused by a protein molecule called a prion. The name of the disease is taken from clinical signs that scrapie of the fleece of affected sheep against fence, rocks, or trees. The exact causes of spongiform encephalopathy are still unknown. The affected sheep transmit the disease by direct contact with healthy flocks. The clinical signs of the disease are changes of behavior, scrapie, ataxia, loss of wool, anorexia, lethargy, and death. There is no specific treatment for spongiform encephalopathy disease. Ovine Pulmonary Adematosis is a viral neoplastic disease of sheep and goats caused by Herpesvirus and retrovirus. The disease is found in Asia, Africa, Europe, and America in commercial sheep flocks. The disease causes malignant tumors in the lungs, respiratory distress, absence of fever, and at later stages, more than 60% of lungs are covered with tumors. There is no curative treatment available for the disease. Progressive interstitial pneumonia in sheep is a chronic disease caused by lentiviruses. The disease is a chronic wasting disease that causes progressive paralysis and pelvic paresis. The viruses are found in the neutrophil, macrophages, monocytes, and lymphocytes and affect both humoral and cell-mediated immune responses of the affected animals. The disease mainly occurs in the older sheep of four years old and causes respiratory distress, coughing, dyspnea, depression, fever, and death. 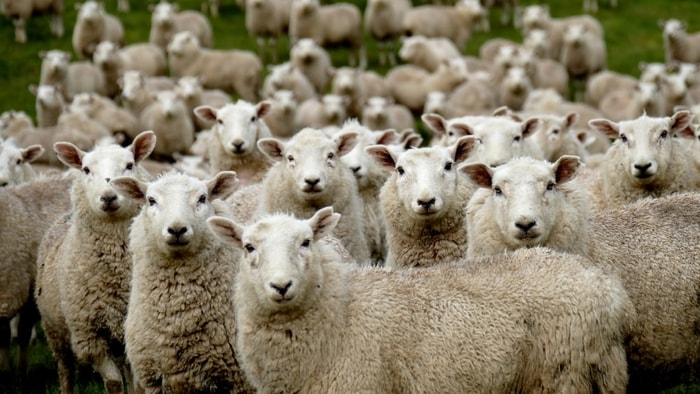 Black disease or quarter ill is a highly fatal, infectious bacterial disease of sheep and all domestic animals caused by Clostridium chauvoei. The bacteria affected mainly healthy sheep and caused wasting of gluteal muscle, fever, weakness, chronic wasting, and sudden death. The disease can be prevented and controlled by vaccination and treatment after early diagnosis. Sheep are animals having excellent adaptive capabilities in any environment and geographical location. They are resistant to many diseases than other domestic animals. However, the excellent farm animal is affected by few diseases. In my article, I have discussed very briefly about most common sheep diseases. You must know about the common diseases. This will help you further prevent and management of your flock.

Redwater disease in cattle is a febrile, tick-borne disease caused by one or more intra-erythrocytic protozoan parasites of the...
Read more

Anaplasmosis in cattle or gall sickness is an infectious vector-borne disease caused by obligate intraerythrocytic rickettsia organisms of the...
Read more

Dogs are the oldest companion of human beings from the evolution of humanity in the world. Working Dog breeds...
Read more

The Indian subcontinent has been a unique place for...
Read more
Dog

Dog Vomiting: Most Important Things You Need To Know As A Dog Owner

Epilepsy in dogs is defined as a neurological disorder....
Read more
Dog

Intestinal parasites are those organisms that live and complete...
Read more
Horse

Horses come in an extensive range of colors. They...
Read more
© Copyright - 2020. All Rights Reserved.