Missouri Fox Trotter or Fox Trotter horse is a gaited American horse breed that originated in the Ozark mountain areas of Missouri. The horse is characterized by an unsteady gait ‘fox trotting’ the horse walks briskly with the front feet and trotting with the hind feet. The settlers developed the horse in the 19th century from some gaited and light horse breeds. The horse breed was developed for work initially but is now widely used for riding.

Missouri Fox Trotter was developed in 1824 in Ozark mountain areas of Missouri by settlers. The horse was developed initially from a few hard-working and gaited horse breeds like Kentucky Mountain Saddle, Tennessee Walking, and Virginia. Later the horse was crossbred with Morgan, Arabian, American Saddlebred, and Thoroughbred horse. The horse became popular with cattlemen due to its smooth gait in undulating terrain. 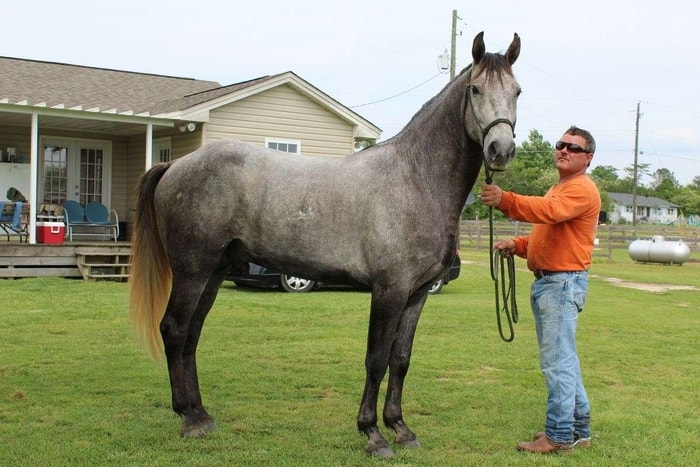 The Missouri Fox Trotting horse Breed Association (MFTHBA) was formed in 1948 in Ava, Missouri. The associated registered the horses with fox trotting gaits. The horse was imported to Europe in 1950 when Queen Elizabeth brought some Palomino hoses to England. The horse is the official state horse of Missouri horses. The horses were distributed throughout the United States of America, Canada, and some European countries. The MFTHBA had more than 97,000 horses in 2012 and more than 8,000 members in their society.

The face of the horse is straight, the body is muscular, and the back is short. The shoulders of Fox Trotter are powerful and sloppy, the neck is medium in length, the chest is complete, and the legs are sturdy. The horse kept their head and tail consistently high and kept its ears pointed, giving the horse a regal look. How Big is a Missouri Fox Trotter? The Fox Trotter horse breed found all solid colors of the horses like bay, brown, chestnut, black, grey, and Pinto. The horse is well known for its white marking on the face and legs. The color pattern of the horse breed is broad. 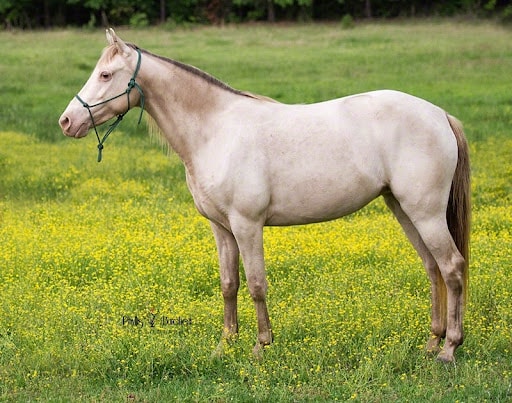 The horses were bred initially from working horse breeds, and they are even temperament. They are sturdy, calm, well-behaved, easily trainable, and sure-footed. The horse had exceptionally smooth gaits that gave super comfort to its rider. The usual lifespan of the horse is between 20 to 30 years. Health and Care of Missouri Trotting The horse is famous for its fox trotting gait. The horse gives comfort and smooth riding to its rider. The horses have the following unique gaits: What is Missouri Fox Trotting used for?

The Fox Trotter horse is one of the most versatile and popular gaited-horse breeds. The uses of the horses are: The Fox Trotter is a well-behaved and gentle horse breed of America. Though the horse developed in Missouri due to its exceptional qualities, it spread throughout the United States and Canada. The horses were also famous in European countries, especially in Germany. The horse has unbelievable strength and stamina. You can choose the horse as your family pack.

12 Most Common Pet Cat Diseases That You Must Know

Equine Metabolic Syndrome is a group of conditions in...
Farm Animals

Domestic Goat or Goat is one of the most...
Dog

The Brittany dog was initially registered with the American...
Horse

The versatile Morgan Horse is the earliest horse breed...
© Copyright - 2022. All Rights Reserved.