Bovine Tuberculosis is an infectious disease caused by individual pathogenic acid-fast organisms of the genus Mycobacterium. It is usually characterized by the progressive development of nodular granulomas known as tubercles in any of the organs in most species. Although commonly defined as a chronic, wasting disease, TB occasionally assumes an acute, rapidly progressive course. The disease has zoonotic importance and transmits to the human beings by ingestion of infected cow’s raw milk and direct contact with infected animals.

Most Important Information on Bovine TB

Bovine Tuberculosis is the most common disease of cattle and other farm animals. The disease is distributed worldwide and reported more than 180 countries and regions of the world. Tuberculosis in cattle has great economic importance related to dairy farming, beef farming, cattle trade, transportation, exporting beef, milk, and milk products. The disease is also known as wasting disease, and the health of your cattle will deteriorate progressively. Moreover, the infection will spread to other healthy animals by direct and indirect contact. As a farm owner, you may be affected by your farm if the infection goes unnoticed. In my article, I shall discuss all possible information on Bovine TB for your easy understanding. 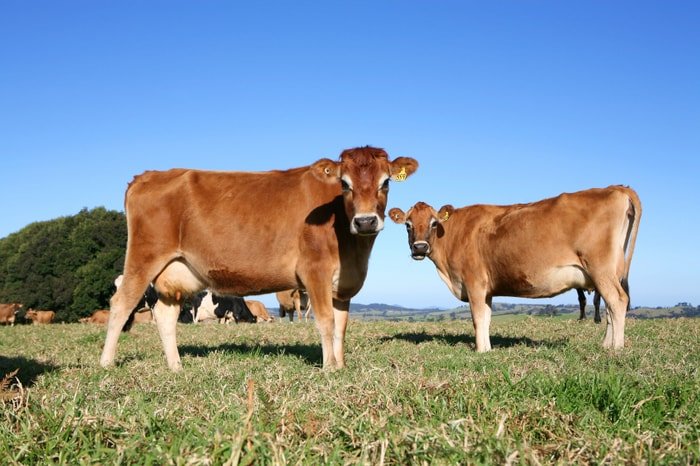 Causes of the Bovine TB

Tuberculosis in cattle is caused by the acid-fast bacillus of the Mycobacterium bovis. The organism belongs to the acid-fast group, which means that once the organism has been stained dye, it resists decolorization, even with strong mineral acids. Staining by the method of “Ziehl-Neelsen,” i.e., staining with warm carbon-fuchsin HCl in 95% alcohol and counter-staining with methylene blue.

Epidemiology of Tuberculosis in Cattle

Bovine Tuberculosis is known to exist in all parts of the world. Cattle are susceptible to human type tuberculosis, but lesions of this infection are seldom reported. Zebu cattle are less susceptible than exotic cattle. The organism affects humans, cattle, buffalo, sheep, goats, pigs, birds, monkeys, and zoo animals. The disease has significant zoonotic importance. The organism spread through various ways to animals to humans and animals to animals. How is Bovine Tuberculosis Transmitted?

Tuberculosis organisms present in the various locations of the dairy farm, environment, utensils, and farm products. The tuberculous animal is the most significant source of danger to healthy animals. Organisms are excreted from infected animals in the:

Pathogenesis of Tuberculosis in Cattle

The progressive development of the disease is called pathogenesis. As a farm owner, the pathogenesis knowledge will help you to diagnose, treat, and prevent Bovine TB early.

How is Tubercle Established?

When tubercle bacilli enter the body, they usually are phagocytized by neutrophils almost immediately. The neutrophils are destroyed by multiplying mycobacteria, and dead cells stimulate the accumulation of epithelioid cells that engulf the neutrophils and mycobacteria. The bacilli are not destroyed but multiply with the epithelioid cells and produce toxic substances that destroy adjoining cells. This causes an area of caseous necrosis and the beginning of a tubercle.

More epithelioid cells encircle the necrotic area, while in the center of the tubercle, the cellular nuclei disappear, and structural detail is lost. Several epithelioid cells coalesce, forming multinucleated giant cells (Langhan’s giant cells). These cells are characteristic but not pathognomic of tubercles. Because they are also found in granulomatous lesions of other chronic inflammatory diseases, acid-fast bacilli may be demonstrated throughout a lesion in epithelioid cells, in giant cells, and necrotic debris.

What are the Symptoms of Bovine Tuberculosis?

Characteristic signs are often lacking even in advanced stages of the disease in which many organs may be involved. However, the signs exhibited by your animal depend upon the extent and location of lesions.

2. Single Intradermal (SID) Test. It is the first test for the diagnosis of TB in your live animals. Tuberculin PPD ( 1mg/ml) 0.1 ml is injected into a site of the caudal fold or the mid-neck. The site is first clipped and examined to be free from evident lesions. The skin fold is measured with slide calipers twice (before and 72 hours after injection). A positive result is judged by an increase in the skinfold thickness of a least 5 mm. In suspicious cases, the test should be repeated one more time after 60 days.

3. Short Thermal Test (STT). Intradermal tuberculin (4 ml) is injected subcutaneously into the neck of cattle with a rectal temperature of not more than 102 degrees F (39 degrees C) at the time of injection. If the temperature at 4,6 and 8 hours after injection rises above 40 degrees C (104 degrees F), the animal is classed as a positive reactor.

4. Stormont Test. It is similar to the single intradermal test in the neck with a site seven days later. Increased skin thickness of 5 mm or more, 24 hours after this second injection, is a positive result.

5. Comparative Test. Avian and mammalian tuberculin is injected simultaneously into two separate sites on the same side of the neck, 12 cm apart and one above the other. The test is read 72 hours later. The greater of the two reactions indicates that the organism responsible for the sensitization.

It is usual to use the single intradermal test as a routine procedure, though this test is not entirely accurate, and the following deficiencies may occur.

6. False-positive reactions of the Tuberculin Test. Animal sensitized to other mycobacterial allergens, and these are:

7. Other serological tests for diagnosis of Bovine TB are includes:

Treatment of bovine Tuberculosis has been attempted using drugs that have had some success in man, e.g., isoniazid, streptomycin, and para-aminosalicylic acid. The efficacy of the treatment is limited due to zoonotic risk, and the danger of encouraging drug resistance that the treatment of bovine Tuberculosis is not allowed. The typical treatment protocol in the initial days after diagnosis are:

Prevention and Control of Bovine Tuberculosis

The prevention and control of Bovine TB are challenging. The control strategy follows three main paths. The total eradication of the population is not feasible in many countries. The standard and effective control measures of TB in cattle are as follows:

Bovine Tuberculosis is one of the most economically significant diseases of dairy and beef farms. The disease will suffer you a low in many ways by reduction of production, deteriorating health, infected other animals, human, farm employees, and the consumers. Early diagnosis and treatment will help you to take adequate preventive measures for your farm. The identification of the affected animals and culling from the farm is the best way to prevent Tuberculosis in Cattle.

Chow Chow Dog: A Beautiful Chinese Dog You Can Choice

Domestic Goat or Goat is one of the most...
Dog

The Central Asian Shepherd is a livestock herding dog...
Dog

The Berger Picard is a herding, intelligent, friendly dog...
Horse

Horse first aid is the initial help given following...
© Copyright - 2022. All Rights Reserved.