Dogs have been our trusted companions and pets for thousands of years. The dogs are helping humankind by providing herding our livestock, guarding our possessions, and providing us with unconditional love. Humankind has not always been so generous in return to dogs. There are many problems with dogs that men create through behavior or negligencies.

Most Common Problems With Dogs

Dogs have been used and abused for centuries. Even today, dogs are maltreated. Problems continue to plague the canine race, from overbreeding to dogfighting to breed bans. But dog lovers are working hard to help overcome the injustice that dogs continue to suffer in our society. 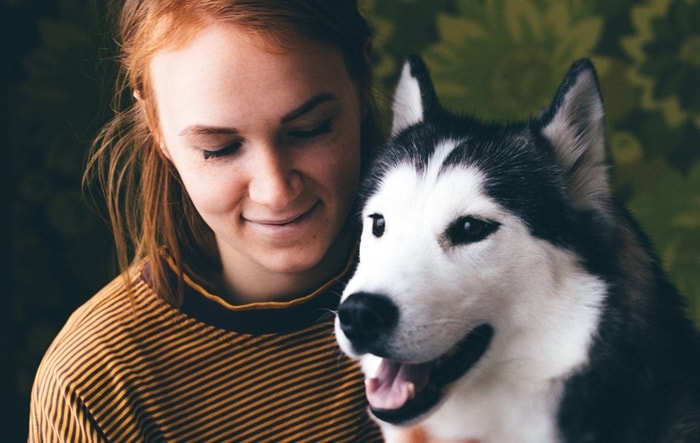 One of the greatest tragedies concerning dogs in modern times is overpopulation. More dogs need homes today than exist for them. Animal shelters are filled with dogs who have nowhere to go. Abandoned and unwanted, thousands of these “excess” dogs are euthanized every year in the United States of America. Five of every ten dogs who end up in animal shelters are destroyed simply because no one wants them. 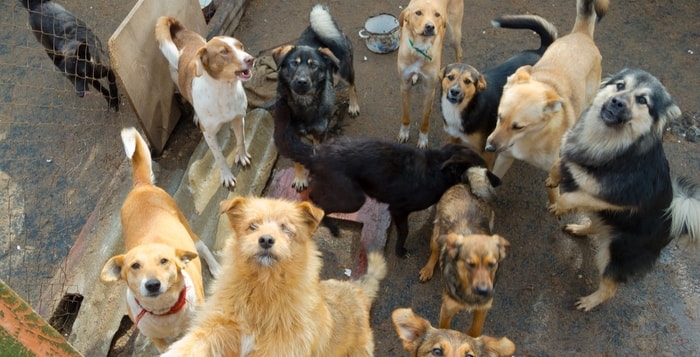 Animal welfare groups worldwide educate the public on the importance of spaying and neutering pet dogs. Some progress has been made, as the number of animals in shelters has declined in recent years, but more attention needs to be done in this regard.

As a dog owner, you can do a lot to help the problem if dog overpopulation. By spaying or neutering your lovely pet, you will help reduce the number of dogs competing for homes.

In addition to reducing the number of dogs needing homes, spaying or neutering your dog will also improve your pet’s life and behavior. Dogs who have undergone neutered or spayed are less likely to roam in search of a mate. Dogs who have been altered are also healthier because they are at less risk of developing cancer of the reproductive organs. 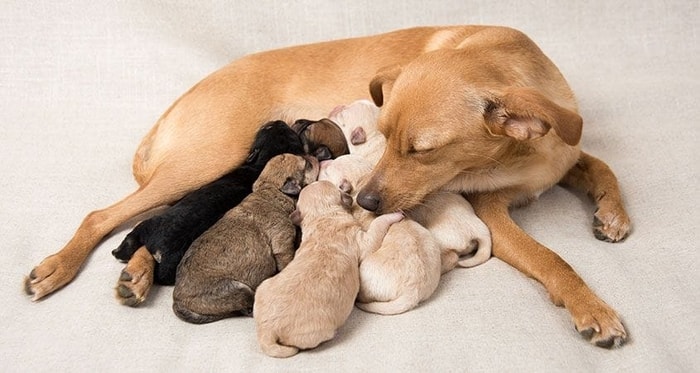 Another tragedy taking place in the world of dogs is abuse and neglect. All you need to do is read the paper or listen to the news on the radio to hear about these cases. Often, disturbed individuals take out their rage on helpless dogs, inflicting abuse that maims or kill the animal. More often, people neglect their dogs, tying them up and leaving them without food or water, failing to take them to a veterinarian when they are sick, and generally disregarding their needs. 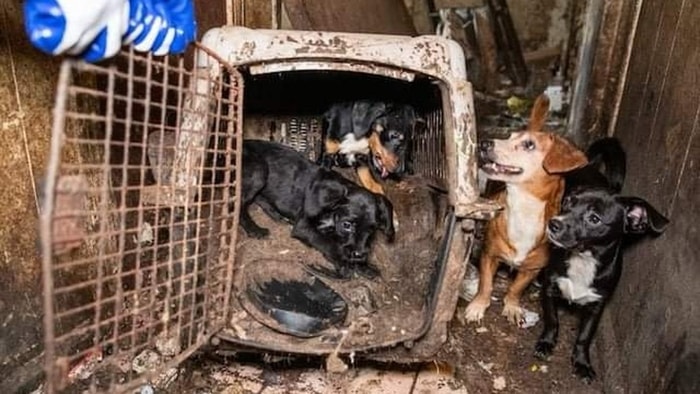 The abuse and neglect of dogs are against the law in most states and countries, and people who commit these heinous acts are subject to prosecution, fines, and sometimes jail time. People who care about dogs have a responsibility to report suspected cases of animal abuse to the authorities. The authority to enforce animal cruelty laws fall on Animal Control agencies in most cities and municipalities. In areas where Animal Control Agencies do not exist, the local police department handles these situations. 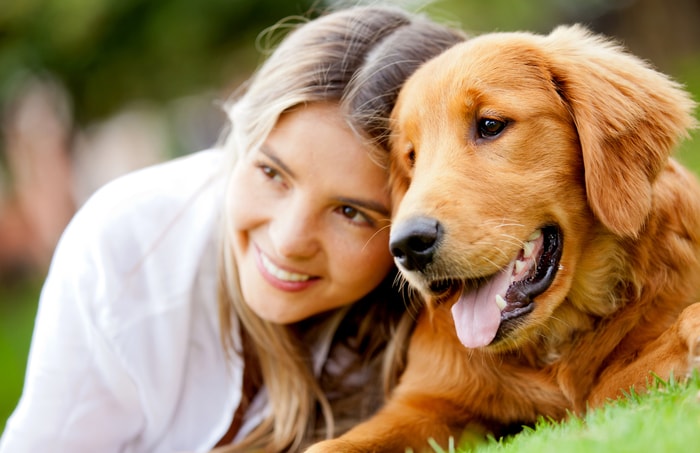 Throughout human history, dogs have been used in ways we consider unethical today. In the past, dogs were used to subdue and control entire civilizations. These days the unethical use of dogs persists. Over the past few decades, certain breeds of dogs have attained international attention for their misdeeds. American Pit Bull Terriers and Rottweilers are just two breeds that have made headlines in vicious dog attacks that result in the death or severe maiming of human beings.

The result of news media’s fascination with dog attack stories- particularly offensive committed by so-called pit bulls- has been the knee-jerk reaction from legislators to ban these breeds from cities and municipalities. Law has been enacted around the country, making it illegal to own certain breeds of dogs. The injustice of this legislation is evident to those who know and love the breeds being banned. Certain breeds of dogs are not inherently wrong. Instead, these breeds fall victim to people who breed and train the dogs to be vicious. People who know and love dogs are fighting to eliminate breed bans, instead insisting that each dog be judged on their behavior.

Dogs attract most often happen in high-crime areas where drug dealers and others on the wrong side of the law use the dogs as part of their illegal activities. The dogs are often mistreated and deliberately trained to be aggressive towards humans. The media, legislation, and the public blame the dog’s breed of the attacks- not the genuinely responsible criminals.

One of the most inhuman situations facing dogs today in America is the puppy mills. Extensive breeding facilities where dogs are treated like livestock and kept in cages their entire lives, puppy mills provide dogs to pet shops around the country. Both male and female breeders are confined to cages, often in filthy conditions. Females are forced to have litter until the constant reproduction destroys their health. The puppies from these breeding are not properly socialized and are kept in cages until they are shipped to pet stores around the United States. Many of these puppies suffer from genetic diseases or ailments such as parvovirus or distemper. Because they spend their early weeks in cages, they are difficult to house-train because they are used to eliminating their living areas.

The cruel act of dogfighting is an old one. The so-called sport reached its popularity in England in the 1800s when several fighting breeds were developed. The descendants of these fighting dogs still exist today. In the right hands, these dogs are gentle and obedient companions who love people. On the wrong hand, they are vicious fighters who will tear each other to shreds for the amusement of spectators. Organized dog fighting takes place in pits, which are small arenas surrounded by plywood walls. Spectators watch while dogs are put together in the pit to fight. Bets are placed, and fights last anywhere from one to two hours. The dogfighting ends when one of the dogs is unable to fight anymore or is so severely injured he can no longer do battle.

Unorganized dogfighting is also catching popularity in the urban areas, and usually involve a handful of individual watching as two dogs fight. Dogs used in dogfighting receive injuries so severe that the wounds are sometimes fatal. Dogfighting is illegal in all 50 states of the USA. The simple fact is that dogs bite more than 4.7 million people in the United States of America each year. Children and other vulnerable people incur many bites, and against popular belief, most dogs bite people they know are often members of their own families. Even otherwise, reliable dogs can bite under extreme circumstances.

Concluding Remarks on Problems With Dogs

Dogs are one the most trusted companion animals from ancient times. They had a significant contribution to human civilization. Dogs have an unquestionable contribution in agriculture, herding, security, companionship, pets, and psychological therapy. The problems with dogs are widespread in many countries. Many of these problems can be controlled or removed by changing the mind of the dogs. Be favorable to dogs that they have the right to live freely on this earth.

German Pinscher is a dog breed of medium-sized that originated in Germany. The breed is the preamble of German Schnauzer, Miniature Pinscher, Doberman Pinscher,...
Read more
Dog

Dog grooming is like regular health care and nutrition, is an essential part of caring for your dog. From a pedigree poodle to a...
Read more
Dog

The Havanese is the most popular and national dog breed of Cuba and called ‘Blanquito de la Habana.’ The dog was originated from the...
Read more
Dog

The Jack Russell terrier dog is a dog of England that originated in the late 18th century. The dog is well recognized throughout the...
Read more

German Pinscher is a dog breed of medium-sized that originated in Germany. The breed is the preamble of German...
Read more

Dog grooming is like regular health care and nutrition, is an essential part of caring for your dog. From...
Read more

The Havanese is the most popular and national dog breed of Cuba and called ‘Blanquito de la Habana.’ The...
Read more

The Jack Russell terrier dog is a dog of England that originated in the late 18th century. The dog...
Read more

Folliculitis is the severe inflammation of one or several hair follicles of dogs characterized by various pathological lesions in...
Read more

Cushing’s disease in dogs is also known as Hyperadrenocorticism or Hypercortisolism. The disease is associated with excessive production or...
Read more

Dogs are the proven best companion of the human...
Read more
Horse

Aspergillosis in dogs or Fungal Rhinitis is an infection...
Read more
Companion Animals

When you establish a horse farm, it is critical...
Read more
Horse

Strangles in Horses: Most Important Information You Must Know

A cataract in dogs is any opacity within the...
Read more
© Copyright - 2020. All Rights Reserved.