The Chow chow is a small and hardy dog breed that originated in Northern China. The dog breed is somewhat square-shaped sue its broad skull and head in comparison to the body. The body of the dog is covered with a dense hair coat. The hair in the neck region is ruff and gives a rugged appearance.

History and Origin of Chow Chow

The Chow Chow originated in southern Asia, and it is thought that its predecessors can be traced to the Han Dynasty of China. Some believe it is the effect of cross-breeding between the old mastiff of Tibet and the Samoyed. The dog was first used as a hunting dog for pheasant and partridge. Its name is derived from the pidgin-English slang used by visitors to describe mixed cargo, chow-chow. 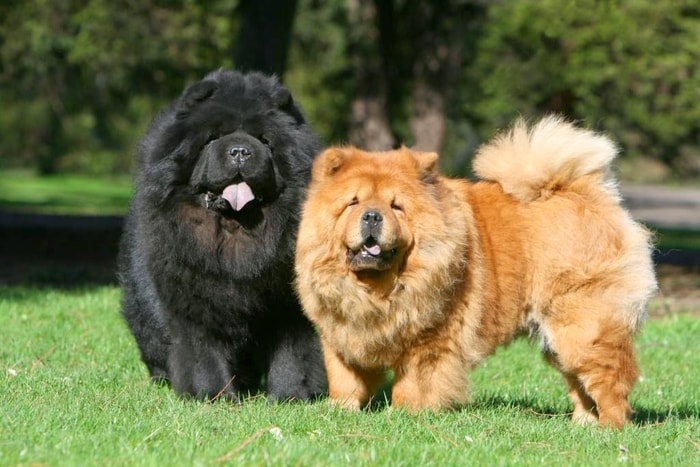 Most categorize that the Chow Chow was brought to England as part of the cargo and given that generic name. The dog breed became popular during the Victorian era in England and first appeared in the United States in 1890. The country of origin of the breeds in China. 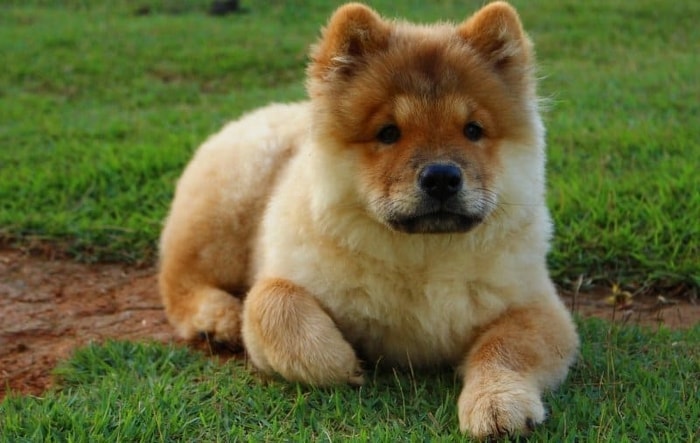 The Chow Chow is a medium-sized and sturdy dog. It has a square body and a large, broad head, and a short muzzle. It has prick types ears with rounded tips and a scowling expression. The eyes are dark brown, almond-shaped, and deeply set, giving the dog limited peripheral vision. Its tongue is bluish-black, and its nose is large and black, except in blue Chows when it is slate-colored. 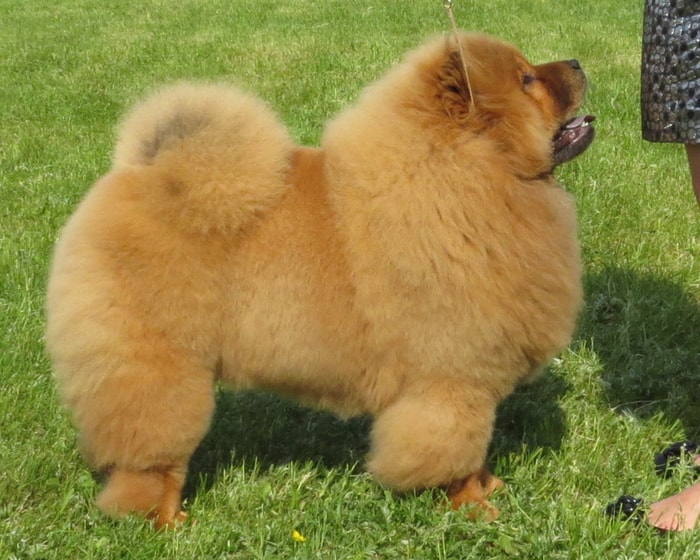 The tail type of the dog is set high and curled over the back. Chow Chow is double-coated, and the outer coat can be smooth or rough. The smooth coat is short and dense. The rough coat is longer and abundant. The dog has a ruff hair coat around the head and neck, and the tail hairs are plumed. The color of the dog may be red, black, blue, cinnamon, or cream.

Height and Weight and Life Span

The dogs as an independent breed and its spirit that some describe as catlike. The average height is 17 to 20 pounds, and the weight is 45 to 70 pounds. The life span is 9 to 15 years. 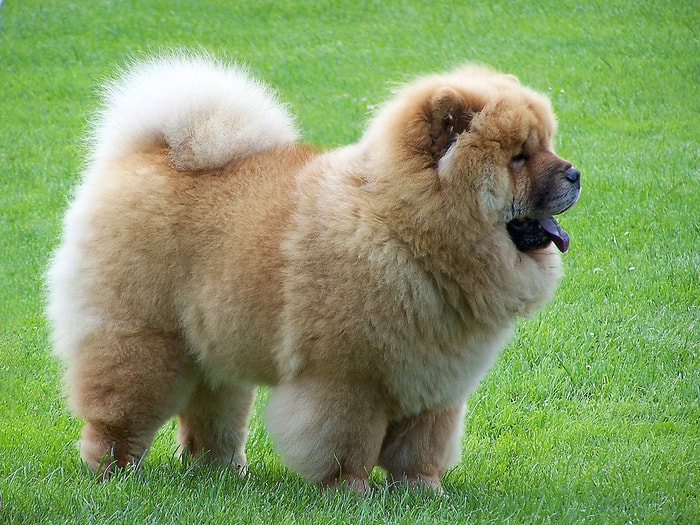 The Chow Chow is a dignified, intelligent, and aloof dog. The dog is brilliant but can be detached and is specially reserved with strangers. It is loyal to its family. It can be pretty good with children with socialization and training but often does poorly with other animals. The Chow Chow dog breed requires a firm, experienced owner to adapt to a city, suburban, or rural home. Training and Behavior of Dog

Dog’s don’t come into our lives what we want them to do. Their instincts often run counter to what we consider appropriate behavior. Before Chow Chow can assimilate to our lifestyles, we must first understand why they do what they do, then teach them to live according to our expectations.

Training is a necessity to teach dogs how to fit into our human lives; a trained dog is allowed more freedom and more opportunities for fun. If your dog has a reliable recall, you can allow him to run off-leash in safe areas. A friendly attitude helps him gain entrance into dog parks and other canine-friendly facilities. Training your dog will pay off for both of you. Grooming and Health of Dog Breed

Every dog needs grooming, and the healthiest dog is obtained by a groomed dog. The brushing and combing help remove dirt, burrs, tangles, and parasites and distributes oils to keep your Chow Chow skin healthy. The nails must be clipped to prevent painful breakage or tearing. Ideally, the teeth of the dog should be brushed daily and nails trimmed monthly. The dog is generally healthy, but you must concern about the following diseases in your dog:

Infectious Bovine Rhinotracheitis was first recognized in the United...
Dog

Canadian Eskimo: A Powerful and Ancient Dog Breed of Canada

The Canadian Eskimo is a large working dog for...
Farm Animals

Blackleg or Blackquarter or Clostridial myositis is an acute...
Dog

The Brittany dog was initially registered with the American...
Dog

The horses are one of the oldest domesticated animals...
© Copyright - 2022. All Rights Reserved.