Coccidiosis in cattle is contagious enteritis in all domestic animals, caused by infection with both Eimeria and Isospora spp. It is intracellular protozoa and is characterized by diarrhea and dysentery with anemia and chronic form by low growth rates and production. Coccidiosis occurs worldwide, and domestic animals are more susceptible. Overcrowding and feeding animals on the ground increase the incidence of disease.

What Do You Need To Know About Coccidiosis in Cattle

Coccidiosis is a common disease of cattle and occurs primarily in young animals. But the disease may appear at any age when resistance is affected by the intercurrent disease, inclement weather, and not previously exposed to this infection. Early weaned animals are more susceptible to Coccidiosis than those weaned at a later date. Coccidiosis in cattle is immunosuppressive, which may increase their susceptibility to other common infections. Causes of Coccidiosis in Cattle

Coccidiosis in cattle is caused by an intracellular protozoan parasite called Eimeria spp. It is an intracellular parasite restricted with few exceptions to the host’s intestine’s epithelial cells. A total of 13 species of Eimeria have been recorded in cattle. Three principal pathogens are E. zuernii, E. bovis, E. alabamensis causes a loss of the gut’s absorption capacity with consequent diarrhea and dysentery. 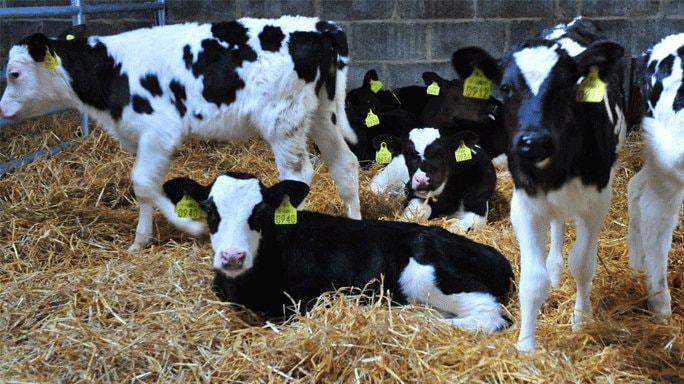 Epidemiology and Transmission of Bovine Coccidiosis

The disease is distributed worldwide, and young calves, lambs, kids, piglets, and foals are generally affected. Occasionally adult cattle may be affected by the organisms. Coccidia is host-specific, and there is no cross-immunity between species of coccidia. Coccidiosis’s morbidity rate is high, but the rate of clinical disease is 5 to 10%. Infection occurs commonly when weaned calves are fed on the ground, resulting in the feed’s continuous fecal contamination. The disease occurs in overcrowded, dirty, wet conditions and when fecal contamination of the feed is standard.

What are the symptoms of Coccidiosis in cattle?

The incubation period of Coccidiosis depends on the species of coccidia and animal affected. The typical clinical signs include: Diagnosis of Coccidiosis in Cattle

The diagnosis of the disease is made on How Do You Treat Coccidiosis in Cattle?

Coccidiosis is a self-limiting disease. Anticoccidial drugs are used both therapeutically and prophylactically. The traditionally used drugs to treat affected ruminants include sulfonamides, nitrofurazone, amprolium, monensin, and Iasalocid. Amprolium is currently still the drug of choice for the treatment of coccidial infection in ruminants. You can also give affected animals supportive therapy to help repair the damaged gut and limit secondary bacterial infection. Control and Prevention of Bovine Coccidiosis

The following measures can control Coccidiosis in Cattle: Coccidiosis is a common problem in the calf and young animals in the herd. The disease is most serious in calves where they live in a crowded place. The mortality rate is higher by direct contact and feeding of contaminated feed and water. You can control and prevent the disease by improving the hygienic conditions of your farm. You must maintain a healthy living of calves, separate from sick and underdeveloped ones, and ensure young animals’ nutrition.

The larvae of the equine Lungworm Dictyocaulus arnfieldi frequently...
Dog

Kidney failure in dogs is the most common urinary...
Horse

Horse tack is the assemblage of equipment used in...
© Copyright - 2022. All Rights Reserved.