There are many laws associated with canine companions. Some dog laws are beneficial to them, and some are harmful. Some are for the protection of humans or other animals, and others are for the saving of dogs. Dog laws have been among the most controversial aspects of our relationship with dogs because they affect where and how we interact.

Most Common Dogs Laws That You Should Know

There are many dog laws and acts related to breeding, barking, pooping, bite, use of dogs, abuses, medical uses, and even after retirement. All laws and are not equally important for everyone and every country. The laws and acts vary even cities to city, state to state, county to county within one country. The most common dog laws are highlighted briefly in this article. Breed bans have arisen in recent years in response to actual or perceived threats by certain breeds of dogs. German Shepherd, Rottweiler, Mastiffs, and Doberman Pinschers dogs have been banned by breed laws, whether by countries, states, cities, counties, or even neighborhoods. These laws have specially targeted pit bull-type dogs, but other guardian breeds have been targeted as well. Germany has been at the leading of the movement, banning all bully breeds from Miniature Bull Terrier to American Staffordshire Terriers.

Most cities have noise ordinances, and dog barking falls under those ordinances. Dogs left outside all day and night or while their owners are at work often bark excessively. This can be highly irritating to neighbors and prompt them to complain to the local police department or animal control authority. Owners of barking dogs are usually given a written or oral warning, followed by cash fines if the barking continues. Sometimes dogs are even impounded for excessive barking. Leash laws protect the citizens from dog bites and the threat of infectious diseases such as rabies and protect livestock from attacks. They also work to protect dogs from road accidents, becoming lost, and theft. In most cities in the USA, laws are required that dogs be on a leash less than 6 feet long and under their owner’s control when in public places. People who don’t keep their dogs on a leash or allow them to roam are subjected to warnings, fines, and even confiscation of the dog. 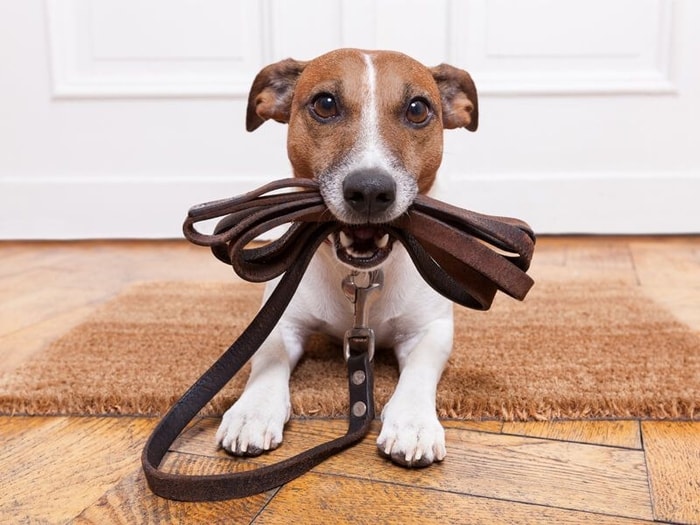 Although the majority of the dog laws are enacted to protect property and people from dogs, animal cruelty and neglect laws protect dogs from the harm humans can and do bring upon them. The definition of Animal Cruelty may range from intentional injuring to killing an animal to not providing adequate food, water, or shelter, or in some instances, chaining an animal.

Chaining or tethering a dog makes the animal vulnerable to attack by predators and other dogs; encourages him to behave aggressively toward other animals and people, especially children, subjects the dog to a poor standard of life with little exercise and social interactions. In recent years, many municipalities have created laws restricting or barring the use of chains or ropes as a means to confine a dog. Dog bites are national epidemics. The Centers for Disease Control and Prevention (CDC) estimated the number of dog-bite-related emergency room visits at 386,000 annually. There is 12 dogs bite-related death each year. Legislation has restored many methods to address the problem. Suggested solutions have ranged from breed bans to imprisonment for the owners of the dog who bite. Dogs who bite are subjected to confiscation, quarantine, and euthanasia. Their owners may also be subjected to lawsuits or criminal prosecutions and may be held responsible for medical treatment and expenses for pain and suffering.

The poop scoop law, which is in effect in most urban areas within the United States, is relatively recent. Until 20 years earlier or so, it was not a requirement to clean up dog feces in most places, which is unusual in most other countries and many rural areas in the USA. But now, it is recognized that aside from their unpleasant sight and odor, animal feces create both public health and environmental hazards. Most urban areas impose cash fines on owners who do not pick up feces in public areas. Some cities have also passed laws that require dog owners to remove dog feces from their properties within 24 hours.

The Americans with Disable (ADA) passes in 1990 brought a new level of acceptance for the use of service dogs in public. The ADA requires that all public places be accessible to disabled people, including those who use a service dog. This means that people with service dogs are granted access to public places, as are people who use wheelchairs.

Working dogs are subjected to the same laws that apply to companion dogs, including bite and leash laws and neglect and abuse laws, but they have different laws that protect them. Working dogs are protected from being overworked or abused in the course of their training or work. Dogs cannot be used for drafting work within urban areas. Some states have banned Greyhound racing as well as some forms of hunting.

Law enforcement or police dogs have also protected their work; they cannot be willfully distracted or prevented from doing their jobs. They and their handlers are also protected from prosecution if a dog bites in his work.

Almost every US government, county, or municipality requires the licensing of dogs. The owner of unlicensed dogs is subjected to monetary fines. To be licensed, dogs must be up-to-date on their rabies vaccination. The cost of licensing often depends on whether an animal is spayed or neutered. The owner of unaltered dogs pays more to license their dogs. A license protects dogs. Lost unlicensed dogs are at significant risk of being euthanized. The spay and neuter laws arose in response to the crisis of pet overpopulation. They appear to be having a dramatic effect in reducing the number of adoptable dogs and cats euthanized by animal shelters each year.

The Animal Welfare Act (AWA) was first passed in 1966 and was revised in 1970, 1976, 1985, and 1990. Administered by USDA and the Animal and Plant Health Inspection Service (APHIS), the AWA was enacted to protect commercially used animals sold in commerce, used for exhibition purposes, and laboratories for scientific research.

The theft of a dog is prohibited and punishable by moderate fines, imprisonment, or both in most areas. The laws covering pet theft are enacted at the city or county level. In most instances, dog theft is considered the same as theft of personal property, although many argue that the theft of a pet should be punishable under more stringent laws. Antifreeze is a highly toxic and usually fatal substance that causes the kidneys to fail. Unfortunately, thousands of dogs die from antifreeze poisoning each year because the substance has a sweet taste that they are attracted to. In some states, including California, there is a law requiring antifreeze manufacturers that include more than 10% ethylene glycol in antifreeze to add a bitter agent that makes the toxic substance less palatable to dogs. Wholesale antifreeze, however, is exempted from the law, meaning that most mechanics do not use the new antifreeze. The USDA imposes several restrictions for transporting dogs by airplane cargo. They must be adequately sized and ventilated kennels with clear markings and handlers. They must be provided food and water, regardless of the flight length, and the airline must feed and water adult dogs at least once every 24 hours. Young puppies must feed and be watered once every 12 hours. Puppies under eight weeks of old are prohibited from airlines. In response to the publicity surrounding the dangers of animal flying as cargo on commercial airlines, the US Congress passed legislation requiring airlines to report any injuries, deaths, or incidents to pets when transported by passenger airlines.

If you are concerned about what would happen to your dog if you died or were incapacitated, take steps now to ensure that he would be cared for. You can name a guardian in your will or set up a pet trust that will be funded by some of the ways from your estate. Speak first to the person you choose as guardian to make sure that they are willing and able to take on the duty of your dog. You can wish to look into the possibility of placing your pet in a retirement home for animals whose people have died. These include the Pet Survivors Life Care Program, managed by the SPCA of Texas, and the Perpetual Pet Care Program, administered by Kansas State University College of Veterinary Medicine.

As a dog owner, you must have a clear idea about different dog laws. These acts and laws not only protect your dog from danger but are also required to protect humans, other animals, and the environment. In my article, I have briefly discussed the possible laws and acts related to dogs and their effect on the environment. This article will enrich your knowledge and helps you to think better.

Best Food For Puppy: A Precious Guideline for Dog Owner and Breeder

Pancreatitis in cats is the inflammation and enlargement of...
Horse

Haflingers are the hardy and healthy animal and very...
Horse

Horse Feed: 17 Most Common Feed Ingredients For Your Horse

Horses must be well fed before they can perform...
Horse

Farm animals or livestock are those animals that are...
Horse

Appaloosa Horse: 11 Most Important Facts You Must Know

Appaloosa horse is one of the most famous horses...
© Copyright - 2022. All Rights Reserved.