Blackleg or Blackquarter or Clostridial myositis is an acute infectious disease of ruminants caused by Clostridium chauvoei and characterized by emphysematous swelling, usually in the bulky muscles, severe toxemia, and high mortality rate. The disease is acute, febrile, highly fatal in cattle and sheep. Blackleg is a worldwide distributed disease of ruminants but mainly affects cattle.

Things To Know About Blackleg in Cattle

Blackleg in cattle is a highly fatal infectious disease in farm animals. Most cases occur in cattle from 6 months to 2 years old, but calves as young as six weeks and cattle as old as 10-12 years may be affected. The disease usually occurs in summer and autumn. The animals that contact blackleg are of excellent health, gaining weight, and usually the best animals of their group. 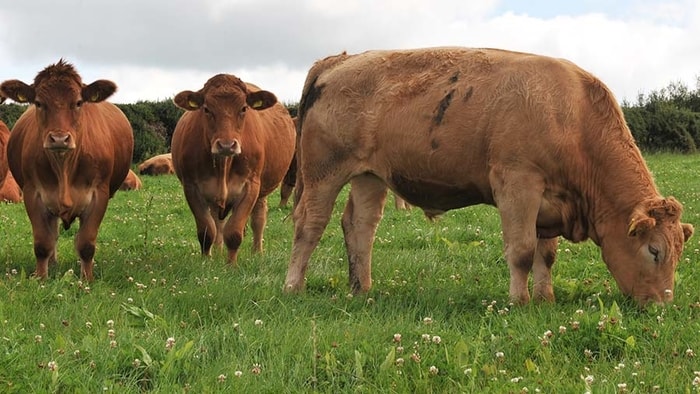 Causes of Blackleg in Cattle

Blackleg is caused by Clostridium chauvoei, an anaerobic, rod-shaped, motile, gram-positive, and spore-forming bacterium. The spores are located terminally or sub-terminally, which is pear-shaped. The organism is readily killed at 3% formaldehyde, but the spores are highly resistant to environmental influences and disinfectants and may survive for many years in the soil.

The causative organism presents naturally in the intestinal tract of animals, and it is probably can remain living in the soil for many years. Contaminated pasture appears to be a source of organisms, and it is assumed that the port of entry is through the mucosa of the alimentary tract. The organism probably is ingested, passes through the gastrointestinal tract wall, and is deposited in muscle and other tissues after gaining access to the bloodstream. 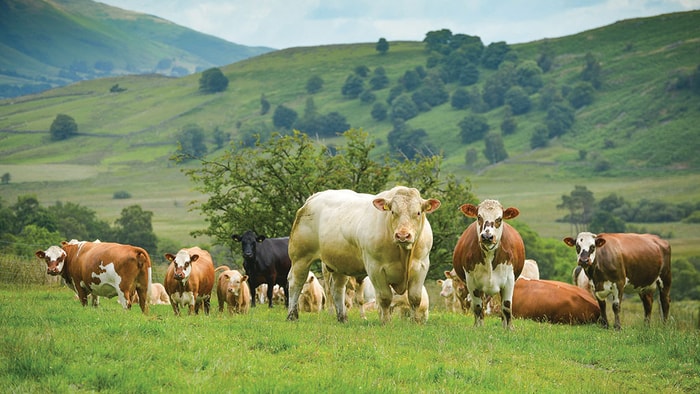 The bacteria can be found in the spleen, liver, and alimentary tract of familiar animals. The stimulus causing postulated ‘latent’ spores to increase in muscle tissues is often unknown. Still, muscle trauma associated with transporting, herding, and handling have been incriminated to create suitable conditions in the muscle to allow bacterial multiplication and myonecrosis.

What are the Symptoms of Blackleg in cattle?

Peracute cases are often found dead without premonitory signs. The development period of the disease is 1 to 3 days. The signs are include-

How to Diagnosis the Black Quarter in Cattle?

A rapidly fatal, febrile disease in well-nourished young cattle with the massive muscles’ crepitant swellings suggests Blackleg. The affected muscle is a dark red to black, dry and spongy, it has a sweetish odor and is filtered with small bubbles, but with edema, suggests Blackleg. Field diagnosis can be made on history, clinical findings and necropsy examination, history of vaccination, history of recent transferring of the vicinity soil inside and outside the barn, course of the disease is peracute and acute, and outbreak six months to 2 years of age in cattle.

Field diagnoses are confirmed by laboratory examination of the causative organism in the affected muscle. In addition to biochemical tests, the fluorescent antibody test for Clostridium chauvoei is rapid and reliable for identification.

How Do You Treat Blackleg in Cattle?

Treatment in advanced cases is not significant but may be useful in animals that are not moribund. Large doses of penicillin should be administered with half dose in the affected muscle directly and half-dose intramuscularly. Alternatively, oxytetracycline, you should inject intramuscularly and directed into the affected muscles. Drainage and flushing of affected tissue to allow oxygen into the tissue you may be tried to save the animal. In this situation, supportive treatment like parenteral fluids, analgesics, your experts may be prescribed.

Prevention and Control of Black Quarter in Cattle

Carcasses of animals dying of Blackleg should be destroyed by burning or deep burial with quick lime (Calcium oxide) to limit soil contamination. Known Blackleg organisms contaminated ground should be disinfected with 3% formalin. During the outbreak, the incidence may be reduced by prophylactic treatment.

When Should You Vaccinate for Blackleg in Cattle?

Vaccination of the Blackleg in cattle

The formalin-killed, aluminum-precipitated bacterin from a local strain of Clostridium chauvoei is most satisfactory. The vaccine is both cultures of Cl Chauvoei killed with 0.4% formalin and precipitated with 1% potassium aluminum alum. Polyvalent vaccines contain Cl chauvoei and Cl septicum, and Cl novyi is very useful.

Concluding Remarks on Blackleg in Cattle

Blackleg in cattle is a serious disease but you can control the spread of the disease by regular preventive measures. Regular vaccination is the most effective measure to prevent the black quarter in cattle. Healthy and muscular animals are mostly affected. Keep your farmhouse clean and safe all the time.

African Swine Fever is one of the most devastating...
Farm Animals

Bovine Rotavirus has been recorded in many species of...
Cat

Hip dysplasia in cats is a painful orthopedic disorder...
Birds

Gumboro or Infectious bursal disease (IBD) is an acute,...
Cat

Feline Chlamydia is a relatively dangerous organism responsible for...
© Copyright - 2022. All Rights Reserved.