This writing is fascinating, and it will introduce you to various types of friendly and familiar birds, and some are exotic from all around the world. The term ‘avian’ is derived from the Latin word ‘Avis,’ which means birds, or relating to or characteristic birds. A taxonomic group called ‘Aves’ is the scientific class for all bird species. Many of us have less idea about different types of birds.

Most Common Types of Birds

Birds are most beneficial to humans as destroyers of harmful insects and as consumers of weed seeds. Birds also help to pollinate many species of flowering plants. Birds have been domesticated and reared by humans both as poultry for protein source of food and pets, colorful birds such as parrots and mynas are bred in captivity and kept as pets. In my article, I shall discuss the ten most common types of birds for you. The birds living or growing in its original, natural state, not domesticated or cultivated, are called wild birds. These birds breed better when they are free than in captivity. They have no everyday use for humans. A zoo is a place where wild birds and animals are kept for public showing. Some free-living wild birds are captured and raised in captivity for research and exhibition. An aviary is an extended cage or enclosure for confining birds. 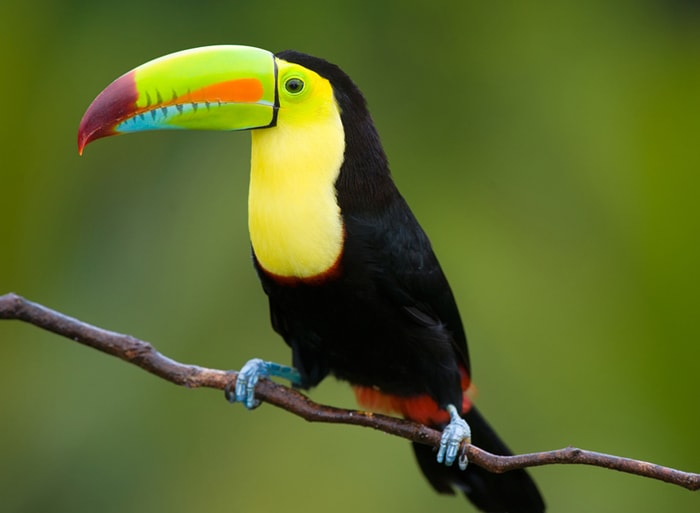 The term ‘domestic’ describes any bird that has been bred within the country either for food or as pet birds. Those birds are used at home and are quickly produced and looked after by humans. Domestic birds raised for egg and meats purposes are the largest source of animal protein eaten by humans. Examples of domestic birds are chicken, duck, turkey, pigeon, etc. Domestic birds which are kept only for beauty or companionship or enjoyment are known as pet birds. Those birds are hunted from the wild and are trained to be useful to humans in some way. Generally, almost all species of parrots are considered to make a good companion. Examples of pet birds African Grey parrots, quaker parrots, etc. 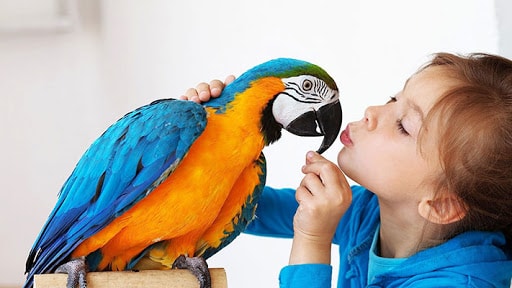 The term ‘Poultry’ is used collectively to designate those species of birds that have been domesticated to reproduce and grow in captivity for human food and render economic value products. Chickens, ducks, turkeys, geese, quails, pheasants, peafowls, guineas, and pigeons generally meet poultry criteria. Poultry provides eggs, meat, feathers, animal food, fertilizer, and other by-products such as pharmaceuticals used. They also serve as experimental animals laboratory animals for scientific research.

A game bird is a type of bird hunted in the wild for sport and food. Game birds furnish both meat and sport purposes. The bird is native or non-native birds, which is historically were a wild game or decorative fowl. Although the birds are wild, most of them are ‘managed’ if they live on estates. Talking birds are the types of birds which is mimic the speech of humans. The birds are beautiful and intelligent creatures, many of which have the intriguing advantage of talking. The more giant parrots include Cockatoos, the yellow head Amazon parrot, and some Macaws. Cockatiels, parakeets, and Conures are often able to speak. The alternative name of the waterbirds is an aquatic bird or sand-lark or sand-piper. It means any bird that lives near or on water. The waterbird or sea birds ( also called marine birds, oceanic birds, or aquatic birds ) feed primarily in saltwater. This group includes grebes, loons, cormorants, ducks, geese, herons, sandpipers, rails, gulls, etc. According to the season, migratory birds move from one part of the world to another. Birds migrate to move from areas having low or decreasing resources to areas of high or increasing resources. Some of the wetlands of India and Bangladesh are popular with migratory birds. In the winter season, birds, such as Siberian Crane, come in large numbers. The birds are at the top of the ecological pyramid. Predatory birds like the eagle, hawk, and owl are necessary because they keep down the number of mice, rats, and other rodents that would otherwise devour valuable food crops. The birds of prey are predators who catch and eat other animals.

The type of bird is a common question for many bird lovers. The types of birds I have discussed will help you a lot. The types of birds are depending on uses, habit, living conditions, and recreational purposes. If the article helps you, please share it with your friends via social media.

The Cesky Terrier is a loyal, cheerful, and loving...
Companion Animals

The man has to exploit dogs for their natural...
Birds

Psittacine beak and feather disease (PBFD) is a highly...
Dog

Pomeranian is a small and hairy dog breed that...
Cat