Livestock and poultry are the indexes of civilization. Cattle farming is a profitable business, and many people live on this. In many countries, dairy and beef farming is the primary source of income for most people. Cattle are suffering from many diseases, and bacterial diseases are one of the common. Bacterial diseases cause a considerable loss to the farm owner, and you must have a general idea about the common bacterial diseases of cattle.

Most Common Bacterial Diseases of Cattle Mastitis is an udder infection caused by microorganisms entering the quarter through the teat end. Bacteria from groups of Streptococci, Staphylococci, Coliform are mainly responsible for mastitis. When the bacterial load becomes too high due to a dirty environment or damaged teats, then the infection may occur. Most mastitis cases (about 95%) are subclinical (show no signs) but result in lower milk production and higher somatic cell count. We can assure mastitis by doing laboratory tests. Anthrax is one of the bacterial disease-causing harm in the livestock farm. It is caused by the Bacillus group of bacteria like Bacillus anthracis. It is mainly a soil-borne disease. When an animal comes in contact with soil, it affects. If the infection is cutaneous, there is some skin abrasion, but the intestinal form is deadly and causes an economic loss on the farm. The black quarter is one of the most critical and devastating acute bacterial diseases of cattle caused by Clostridium chauvoei. The disease mainly affects the young and growing animals with good health. The disease is characterized by swelling, edema, and emphysema of muscles and the subcutaneous tissue of the infected part. Crepitating Sound of the affected area of pressure is given with thumb. It is also called blackleg disease. Vaccination against Clostridium is one of the best ways to prevent the disease in the herd. Brucellosis is a fatal disease in the dairy industry. The disease is caused by Brucella abortus. Brucellosis affects reproductive organs in sexually mature males and females cattle. Infected animals serve as reservoirs of infection. Organisms shed by infected animals(milk and uterine discharge of infected animals). Rose Bengal Plate Test (RBPT) is used to diagnose bovine brucellosis. In some countries, the vaccine is used to prevent this disease. Bovine tuberculosis is a fatal respiratory tract-related bacterial disease caused by Mycobacterium bovis. Infected cattle get emaciated, weak, and not healthy. Tuberculin test is used to diagnose bovine TB in the field. The disease has zoonotic importance and spread to humans and other mammals. Bovine tuberculosis requires long-term treatment, but it is better to cull the infected animals from the herds. Enterotoxemia in cattle is caused by the bacterial group of Escherichia coli, which brings the pathotypes of enterotoxigenic E.coli. The disease causes neonatal diarrhea that is harmful to the dairy and beef industry. The disease can be prevented by improving management, correct feeding, hygienic measures of calf pen, and reducing stress. Foot-rot is a bacterial disease caused by the bacteria Spherophous necrophorus. The organism usually is present in the cattle house and environment. The bacteria enter into the cattle body by any punctured wound in the feet. The infection causes purification of interdigital space of cattle, bad smell, and formation of pus. The animal becomes lame, loss of appetite, weakness and systemic infection may cause death. The infected area should be clean with antiseptics, parenteral antibiotics, antihistamines should be used for treatment. Improvement of hygiene and better management can prevent the disease. 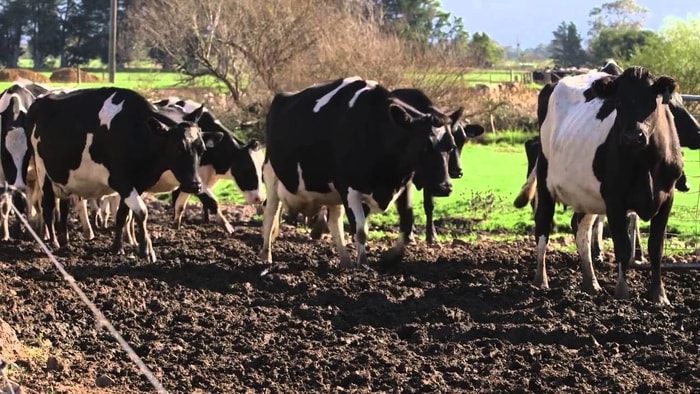 The bacteria Leptospira interogans cause leptospirosis in cattle. Leptospira is a gram-negative bacteria, aerobic and spiral-shaped. The optimum growth temperature is 30°C. For growing these bacteria, enriched media are needed. The bacteria causes fever, jaundice, renal failure, hemoglobinuria, anemia, and death. Broad-spectrum antibiotics can treat the disease. Listeria is a bacterial disease caused by  Listeria monocytogenes, a small gram-positive coccobacilli. It produces listeriosis also in sheep, dogs, rabbits, chickens, and including men. Listeriosis affects the central nervous system (brain and spinal cord) of animals. Laboratory diagnosis is made by using cerebrospinal fluid or blood. Food-borne listeriosis can also happened. There is no effective and economic vaccine available for the disease. The dairy and beef industry is one of the most profitable farming businesses. The business can be made profitable if the animals can be kept healthy and disease-free. Most the disease in the cattle industry is either bacterial or viral or fungal or parasitic. The bacterial diseases of cattle cause maximum economic loss by decreasing production, performance, death, and treatment cost. In this article, I have briefly highlighted the most common bacterial diseases. This article will act as an eye-opener in this arena for you.

Whenever you think about a horse, you will recollect...
Horse

Horses played an integral role in the development of...
Dog

Kidney failure in dogs is the most common urinary...
Horse

Ossification of the collateral cartilages or Sidebone in horses...
© Copyright - 2022. All Rights Reserved.