Warhorses were one of the highly valued animals during the middle-aged period. Many horse breeds are developed especially for the war. The war horses carried knights and soldiers to the war field. Modern cavalry and tanks originated from the warhorses. Warhorse breeds are places of interest to many horse lovers of the present day. 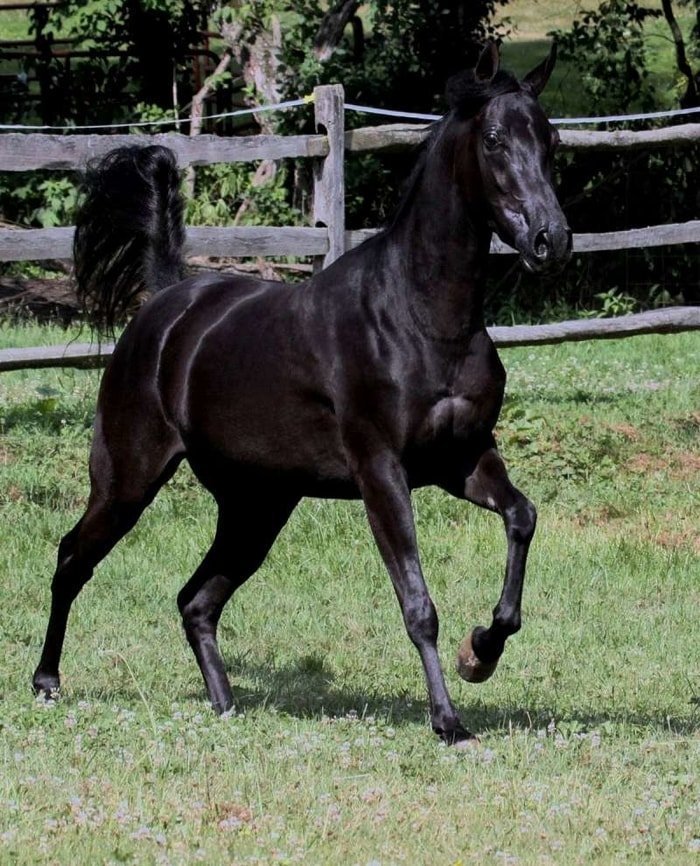 The Arabian horse was popular among Roman and Persian emperors from ancient times. The Muslims, Egyptians, and Ottomans traveled the horses throughout the world.
The Arabian horse is famous for its beauty, speed, endurance, stains, and hardiness. The horse is fit for courser and charger. The horse is also appropriate for almost all equestrian sports. The Percheron is one of the tallest warhorse breeds that originated in northwestern France. The horse was used as Knight’s horse on the battlefield. The horse is ideal for the French Cavalry due to its larger size and stamina. The horse was also used for carrying carts and agricultural work. The horse was further bred with Thoroughbred as used as a Police horse. The shire horse is one of the most popular English Warhorse breeds. The horse breed passed its golden time during the 15th Century. The horse is intense, robust, challenging, and beautiful. The horse was in high demand from 1509 to 1547, the period of Henry VII. The horse is also used for agriculture, transportation, draft work, forestry, and brewer industry. The giant horse breed, sire, is still prevalent in riding, driving, and showing. Marwari is an Indian Horse Breed that originated in the Southwestern part of India. The horse was developed by breeding local horse breeds with Arabian horses. The horse is medium in size, hardy, energetic, speedy, and beautiful. The Marwari horse was part of the Indian Cavalry during the 16th Century. The horse was bred with Thoroughbred and made ideal for dressage and polo. The Mongolian horse is one of the oldest warhorse breeds in the middle age. The horse symbolized power and victory during the period of Genghis Khan. The horse was a matter of fear to the enemies, and the Mongols fought thousands of battles on this horseback. The horse is famous for its exceptional hardiness, stamina, and conformation. The Mongolian horse is the most genetically diverse. There are more than three million horses in Mongolia, which serve as means of transportation in many parts of the country.

The Andalusian horse is the Noble horse of Europe that originated in the Iberian Peninsula. The horse was one of the most famous battle horses ridden by Knights and Kings. The horse was the pain part of Spanish and English Cavalry during the 15th Century. Destrier is the earlier form of the draft horse of today. The horse became a warhorse due to its size, stamina, and calm temperament. The horse remains silent during the sound of armor and the fog of war. The destrier horse is extinct today and mixed up with the draft horse breeds. Thessalian is the horse of Alexander. The horse originated in Greece and is part of the history of the Roman Emperor. The horse is medium in size, has almost 15 hands (60 inches), and has excessive stamina. The horse breed is now extinct, and very few numbers exist in the world. The Destrier, courser, and Palfreys are not recognized horse breeds; they are used for specific purposes. The name of the horses came from their use on the battlefields.

Palfreys are the warhorse breeds of the middle ages. The horse breed was smaller than the Destrier but with more stamina. The horse can pass long distances without taking much rest. The horse gave a comfortable journey for the knights and kings. Rouncys are the famous war horse breed of medieval ages that was less costly than Destrier. The horse was used for carrying loads of war. The archers used the horses on the war field due to their speed and calmness. The horse breed is also used in agriculture and forestry. Iberian horses were famous war horses during the 15th Century. The horses are in the categories of Iberian horses are Andalusian, Garrano, Lusitano, and Pottoka. The horse was recognized for its beauty, stamina, gait, posture, and hardiness. Holsteiner is one of the oldest Warmblood horse breeds of Europe that originated in Schleswig-Holstein in Germany. The horse was bred initially by monks for more extended mounts on battlefields. The horse is now produced for an excellent jumper, dressage, and show jumping. Hanoverian is one of the oldest Cavalry horse breeds that originated in Hanover, Germany. The horse breed was used on the battlefield to carry knights and kings. The horse is used in agriculture, pulling carts, carriages, parades, and pleasure riding. The Ardennes is a horse breed for the war that originated in the Ardennes region of Belgium, Luxembourg, and France. The horse was used to carry the armored troops and artillery guns. The Roman Knight, Julius Ceaser, called the horse rustic, hardy, and tireless. The horse with excellent conformation is well-muscled and has good bones. The Boulonnais of Flanders is one of the horse breeds used in the Napoleonic war. The size, stamina, and strength of the horse made them ideal draft horses. The horse was used for heavy cavalry, carrying heavy loads on the battlefield, and carrying knights. Over time, the horse becomes a daft horse throughout Europe. Warhorses were bred primarily for carrying cavalry and artillery guns during the 15th Century. Horses were used for war to take soldiers and knights from ancient times. The number of horses in warfare determined the fate of that war. Warhorse breeds are still a field of interest for horse lovers. I have discussed the most famous warhorse breeds in one article. I think this will give you answers to many questions. Thank you for your patience in reading.

FIV in cats or Feline Immunodeficiency Virus (FIV) is...
Horse

Horse racing is a passion and hobby to many...
Horse

The humane destruction of any horse is an emotive...
Companion Animals

The need for corrective horseshoe may be indicated by...
Dog

Dogs are the most trusted and loveable companion animals...
Horse

There have been many improvements in the science of...
© Copyright - 2022. All Rights Reserved.