Quittor in horses is an infection and necrosis of the collateral cartilages. The condition is seen most often, but not exclusively, in the front feet of the heavier breeds of horses. Infection usually gains access to the cartilage via extension from the sole, wall or frog, or a wound at the coronary band in the region of the collateral cartilage. Since the cartilage is poorly vascularized it is not able to mount a normal defense against infection and thus the condition becomes chronic.

The causes of equine quittor mostly an infection caused by an injury of the collateral cartilage. Some other reasons which cause quittor are

Clinical Signs of Quittor in Horses

Lameness may not be present at the time of examination but there will almost always be a history of intermittent lameness occurring in the same limb and accompanied by swelling and purulent discharge from the region of the cartilage above the coronary band. Lameness will usually subside the following discharge. In many cases, the initial injury or infection giving rise to the condition may have occurred several months before the first bout of lameness. On examination of the foot, evidence of previous/healed sinus tracts may be found. In longstanding cases, there may be permanent damage and deformity of the foot and persistent lameness. 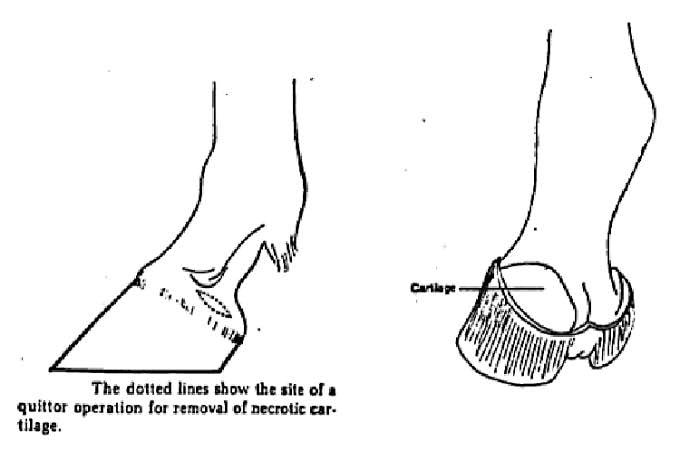 The diagnosis is based on history and clinical signs. The number and position of the sinus tracts can help differentiate quittor from sub-mural or sub-coronary abscesses, in which there will usually only be one if any sinus tract at the level of the coronary band. The radiographic examination may show areas of ossification of the cartilage. 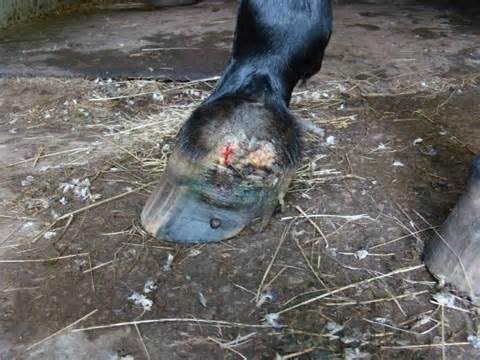 Systemic antibiotics are not recommended. In high doses, there may be remission of clinical signs but unless all of the infected cartilage is removed it will act as a focus for reinfection.

The recommended treatment is to establish drainage and to remove all infected material. This is best performed under general anesthesia with a tourniquet applied to the limb. Two surgical approaches are described. An elliptical incision is made through the skin above the coronary band over the cartilage and the infected material is removed through the skin flap. Although this approach, the hoof wall over the cartilage is resected giving better access and visualization but taking longer to heal. In earlier cases, necrotic cartilage can be recognized easily by its purple-brush color. 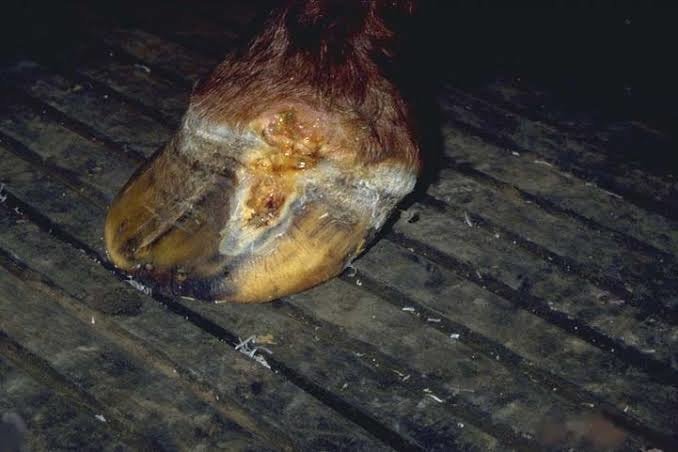 Following surgery, the wound is packed with sterile gauze and the foot bandaged. Tetanus antitoxin should be given. The bandage should be changed daily until there is no more discharge and the exposed corium has formed a dry protective cuticle. Healing is slow and reinfection can occur.

Concluding Remarks on Quittor in Horses

The prognosis for a complete return to soundness is guarded, particularly in longstanding cases and in cases where the foot has become deformed. By reducing the causes you can control the incidence of quittor. All antibiotics are not responding to the condition. Care and management is the utmost necessary for quittor treatment otherwise may lead to permanent lameness of your horse.

Dogs are the oldest companion of human beings from...
Companion Animals

The horse evolved as a wandering herbivore, equipped with...
Cat

Cats are the most owned pet throughout the world,...
Horse

Blackleg or Blackquarter or Clostridial myositis is an acute...
Farm Animals

Infectious Bovine Rhinotracheitis was first recognized in the United...
© Copyright - 2022. All Rights Reserved.